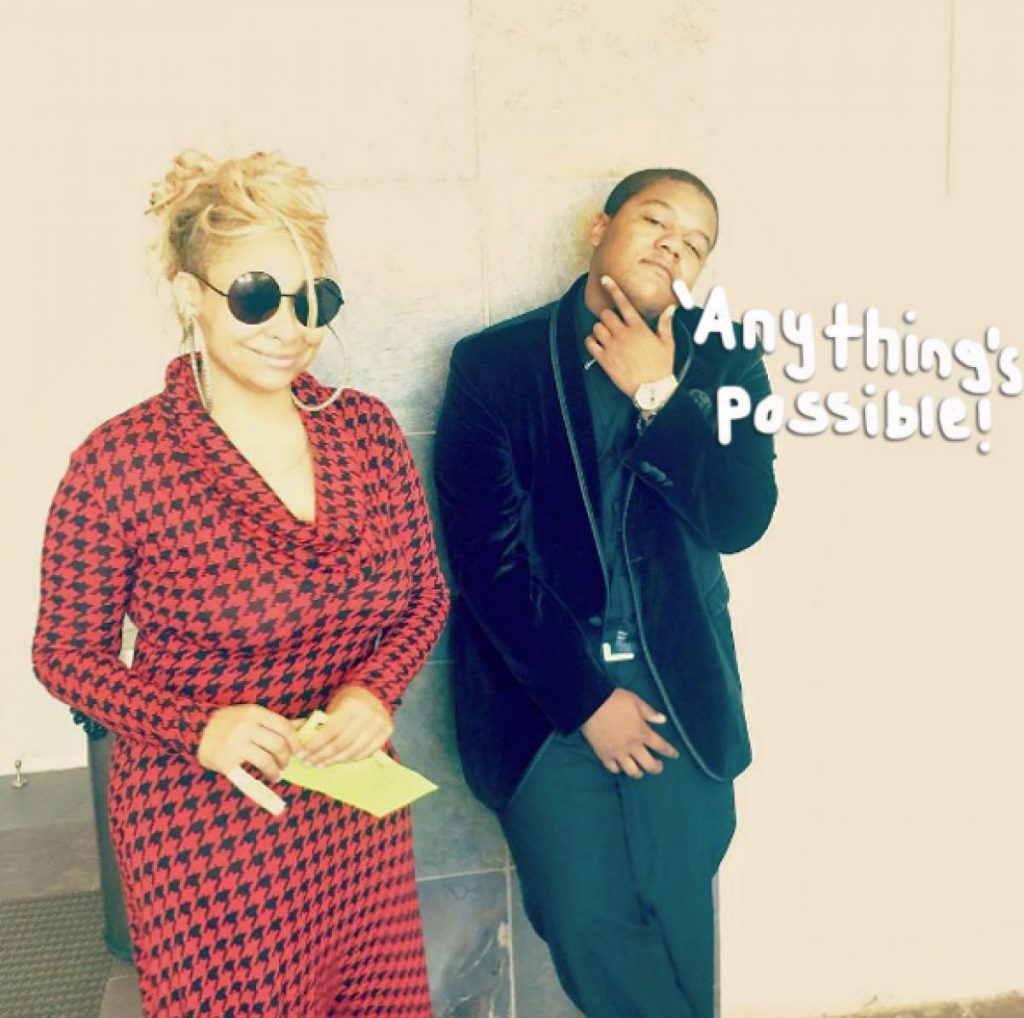 Are you stoked for the That’s So Raven reboot??

Well then, we’ve got some exciting news for you! While chatting with Kyle Massey about his budding music career, the former Disney darling EXCLUSIVELY revealed to us that he hasn’t ruled out returning to the House Of Mouse for Raven Symone‘s new project. YASSSSS!

“As far as That’s So Raven 2. I’m not really sure what part I will play in the show, if any. I spoke with Raven a few weeks ago but we haven’t officially secured anything yet. I would always be down to do a guest spot on her show. Raven can make it happen. Hell who knows I might have to bring Cory In The House back with a fake [Donald] Trump as president lol you never know! Just know it’s always a party when you get the gang back together. “

Speaking of Mr. Brown, Kyle is seemingly on good terms with the controversial celeb as he quipped:

“As far as Orlando Brown I wish him well. I always crack jokes at him because we go way back lol! Hopefully he doesn’t go on a rant about me dropping his name.”

ICYMI, Massey playfully poked fun at his former costar by posting on Instagram

And it’s not like the former child star hasn’t faced his own fair share of drama. In case you forgot, rapper Lil’ Twist was sentenced to a year in prison for robbing and assaulting Kyle’s brother Christopher. On his and his brother’s feud with the scandalized artist, Kyle took the high road as he noted:

“As far as Lil’ Twist. He was a long time friend of mine and what happened a while ago was just unfortunate. And I don’t plan on ‘dissing’ him or anything like that unless I have to. But hopefully we can do a record together and put the negative behind us because my brother and I are wishing him the best.”

How very mature of Kyle! And it seems like 2017 may be the Georgia-born star’s year as he already dropped a single with Ricky Breaker, called Breaker, Breaker.

Be sure to ch-ch-check out the track for yourself (below)!