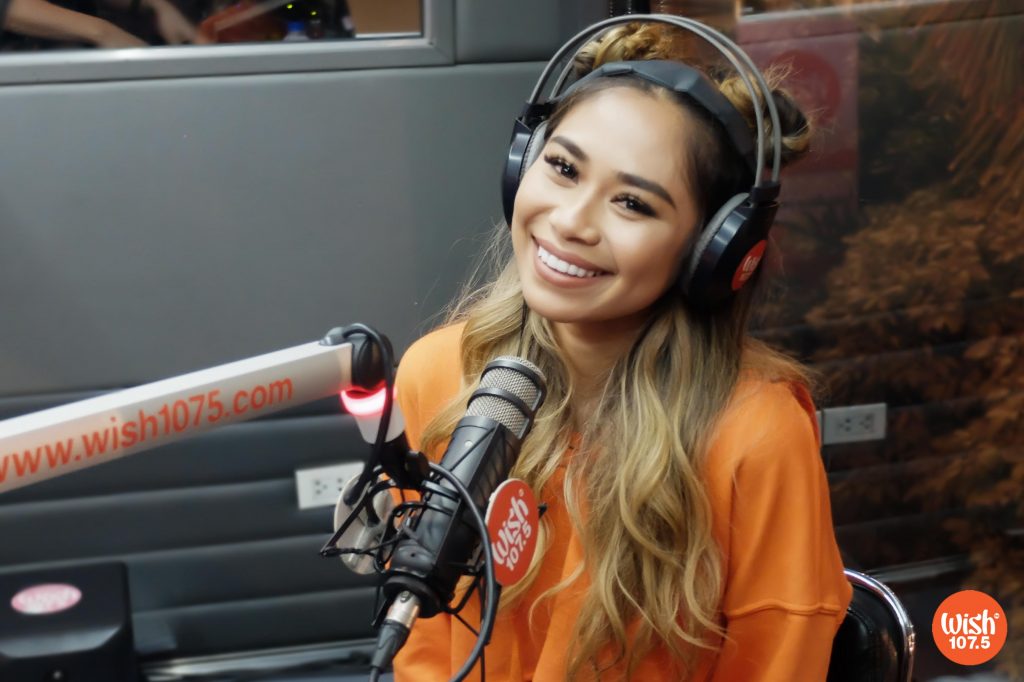 American Idol Season 11 1st Runner-up Jessica Sanchez rocked her latest single “Caught Up,” live inside the Pambansang Wish Bus on the May 30 edition of the Roadshow.

Her latest offering, “Caught Up,” talks about being love-struck and seizing every moment. The song was co-written by trap house dj and producer, Ricky Breaker.

Aside from dropping her latest single, Jessica effortlessly gave her own powerful spin to Jennifer Hudson’s “And I Am Telling You I’m Not Going,” for her Wishclusive performance. During her Roadshow guesting, the Filipino-American power belter shared that she was excited to perform on board the Wish Bus, stating that she had seen some amazing performances staged inside the musical hub.

“I’ve seen videos of the guests on YouTube and I was, like, that’s pretty cool — singing on the bus!” Sanchez exclaimed.

Checking it off of her bucket list, the Wish Bus was one of her stop-overs during her two-week stint in the Philippines. She also enjoyed a fun-filled conversation with DJs Robin and Alice during the Roadshow program. And it was also a wish granted for the Filipino fans of Jessica Sanchez called the “BluJays.” Jessica thanked her fans for all the love and support that they’ve given her since the beginning.

“I love you guys so much. I say this all the time, you guys are amazing! I wouldn’t be here without you. Thank you for all your love and support,” Jessica exclaimed.

An on-the-spot meet-and-greet for her Filipino fans was held right after her Wish Bus guesting. The lucky wishers were randomly chosen from the Wishing Wall and were given the chance to ride the Wish Bus to meet the American Idol alum. Jessica Sanchez’s “Caught Up” is now available on iTunes, Spotify, and on other digital platforms. The music video is also available on her YouTube channel.